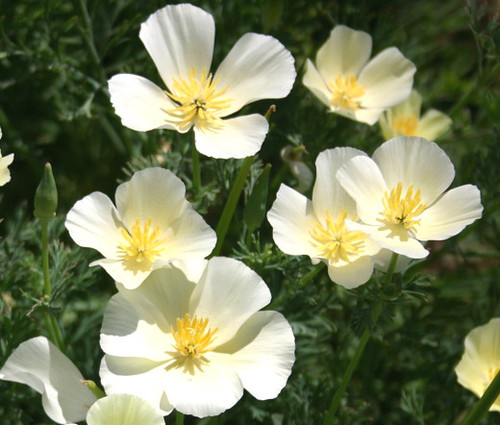 California Poppy White can be grown just about everywhere in a garden, and because of its striking appearance this poppy flower looks terrific in rock gardens, mass plantings, window boxes, borders, containers, along roadsides, and hillsides. Eschscholzia Californica seeds have to be watered right after sowing, and the soil must be kept moist until the seedlings develop their first leaves. California Poppy self-sows itself heavily and tolerates drought, heat, cold, and poor soil.