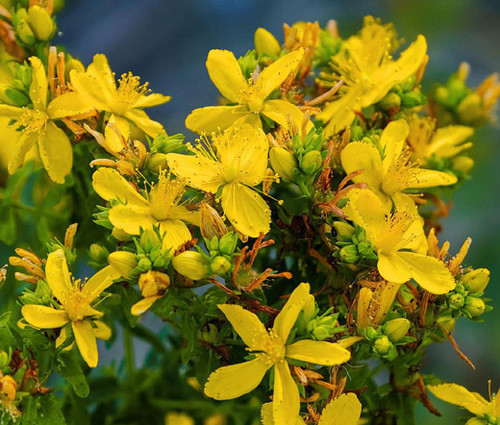 St. John's Wort Common is great as a ground cover for planting along driveways and sideways. The compact perennial is good for planting in containers, rock gardens, and it is also often mass planted in wildlife landscape applications such as woodlands, along roadsides, and etc. St. John's Wort is widely used as a medicinal herb that is used externally to treat wounds, sunburns, and general aches, pains, and internally, it is used to treat mild depression and insomnia. Hypericum Perforatum seeds germinate in 10-20 days, and once established, Common St. John's Wort is virtually maintenance free plant that thrives in most situations and adapts to both moist and dry soil, and even tolerates occasional flooding. Perforate St John's-Wort also withstands drought but grows best with irrigation during prolonged dry spells.